I know a secret, and I want to share it with you.

Outsource your tasks! For years, I have been replacing myself in my business by hiring Filipinos, and it worked wonderfully.

Why the Philippines? What’s so special about this country and why should you outsource there instead of other countries such as India? The secret lies in key attributes that make Filipinos so great to work with. 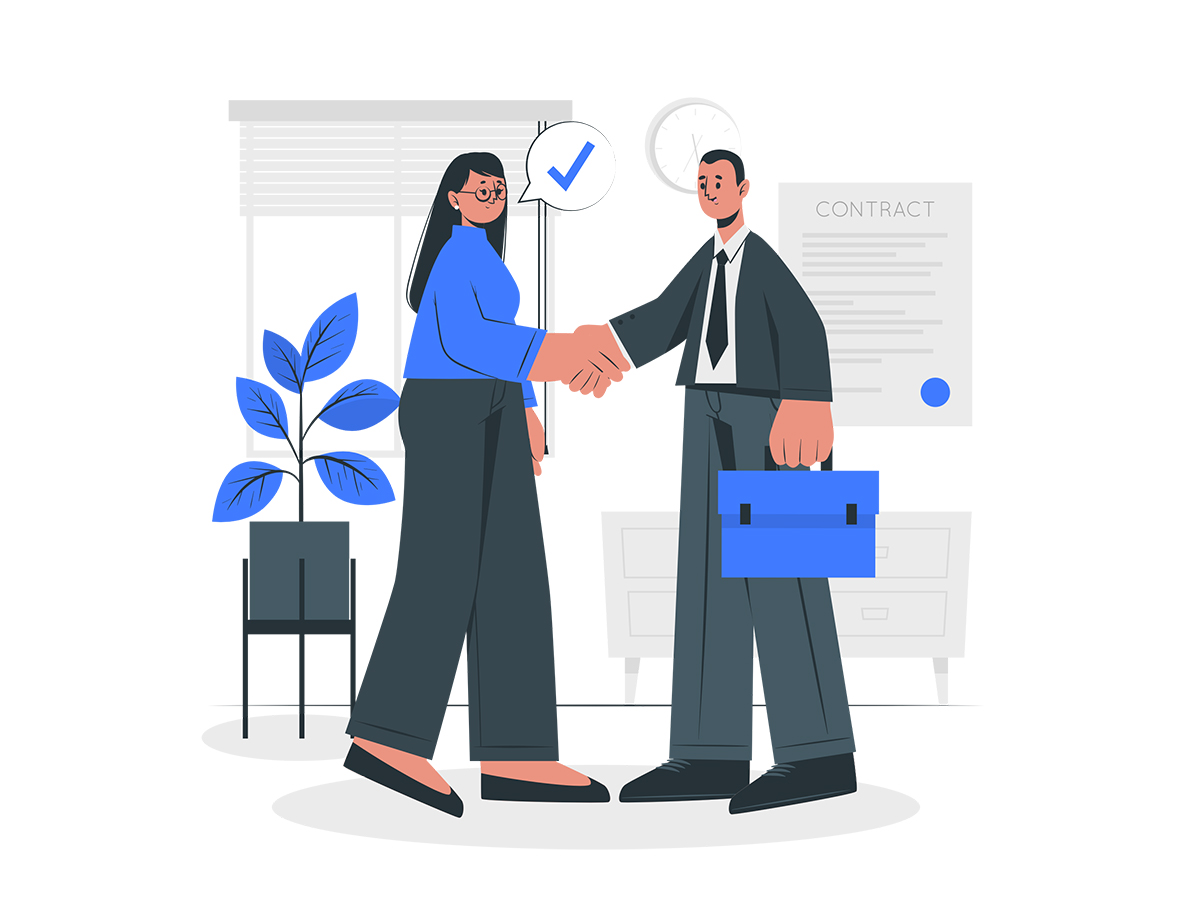 By and large, Filipinos are honest people.

In my experience, they are some of the most honest people I’ve ever met and worked with. This is especially important when you’re dealing with a remote employee.

I trust my OFSs with sensitive information such as my credit card, bank account, personal email, PayPal accounts, web hosting server and other important things. Not once has this caused problems. I have complete confidence that if I hand over financial information that my OFS won’t use it for personal gain.

Of course, not every single Filipino is honest. But in the decade that I’ve been outsourcing to the Philippines and helping others do the same, I’m only aware of one instance where an OFS was dishonest with an employer.

With this in mind, do only what you feel comfortable with. Don’t put your OFS or yourself in a position where you think integrity will be compromised.

Most OFS work on the honor system. This means you’re relying on their truthfulness but you don’t have to rely on that alone. The daily report and a project management system are great ways of checking that your OFS is working the required amount of time and focusing on the tasks you’ve assigned to them.

And if you understand Filipino culture, you’ll see that most of them don’t go out of their way to be dishonest. If there are issues with work, it’s often due to misunderstanding your instructions or lack of training. 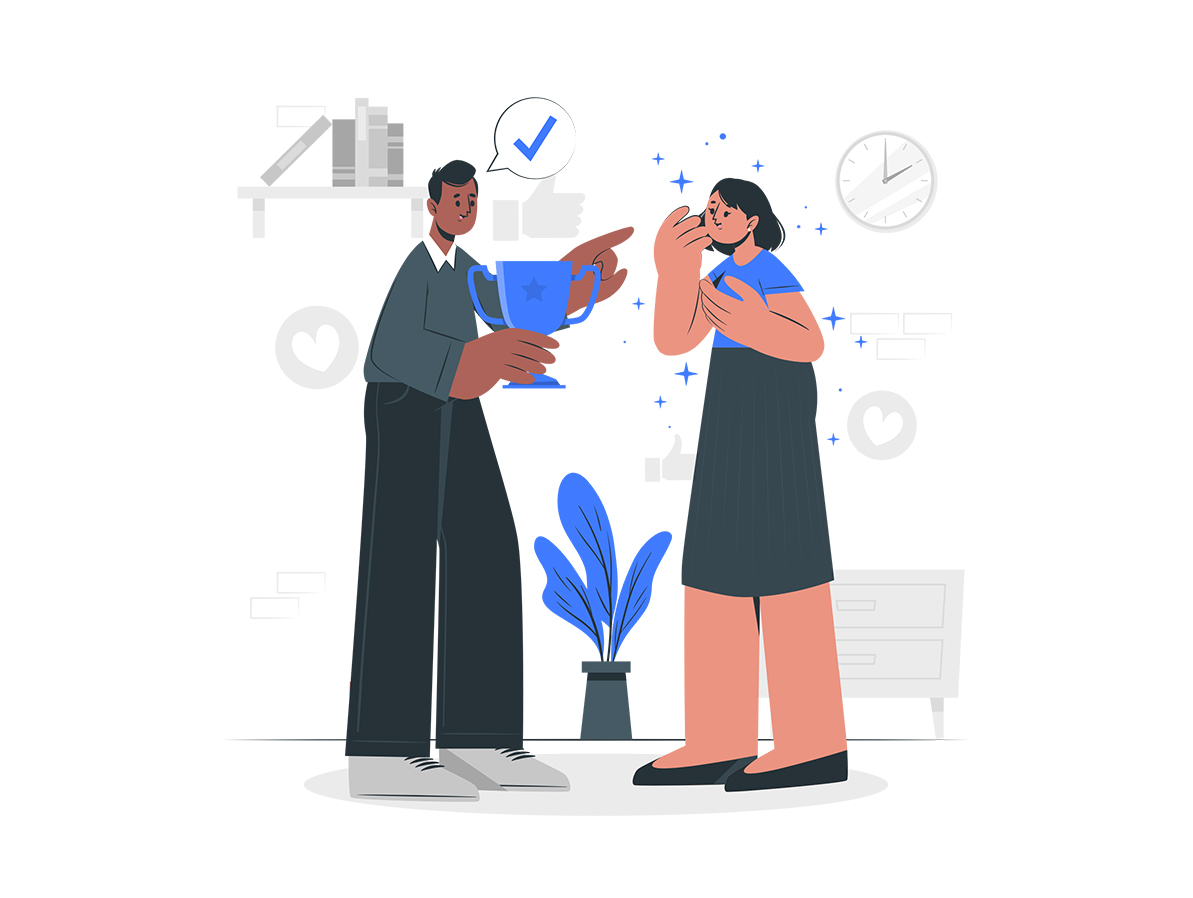 Loyalty is a widespread trait in the Philippines. Once you hire an OFS, they will almost never leave. In fact, they’ll often stay with you even when offered a higher-paying job somewhere else. I’ve seen it happen many times before.

I have an excellent programmer who told me he’s been offered a job in Singapore for $2,500 a month. This was much more than I was paying. It was such a good opportunity that I told him he should take the job. He did, but what he told me illustrates perfectly just how loyal Filipinos are. He said to me,

Now that is loyalty!

Why are Filipinos so loyal? Because they value full-time, stable work. Jobs like this are hard to come by in the Philippines. Unemployment is high. And even Filipinos who do find work, can only get part-time, temporary employment. So when you come along and offer the chance to work 40 hours a week at a wage comfortable for living standards in the Philippines, they’re going to jump on it. To show their gratitude, they’ll stay with you for years.

This loyalty changes you. It changes the way you think. It opens up new possibilities you couldn’t have with short-term workers.

Plus, when you have a long-term, loyal worker, you can teach things you otherwise wouldn’t be able to teach.

For example, I have an OFS whose job includes filtering my personal email every morning. He wouldn’t respond to any emails; he would archive the message and look for spam. This took a lot of time off of my plate. I wouldn’t have had a U.S. employee handle this task because I knew they wouldn’t be around for long.

With loyal workers, I can teach them entire systems. I can hand them off and not even be involved in it ever again. Teaching an OFS how to work in these systems isn’t easy. But once it’s done, you don’t have to worry about it again. When you’re confident that your OFS is going to stick around, you have the time to teach them entire systems a little bit at a time. I can even teach them how to teach others how to work in the system. 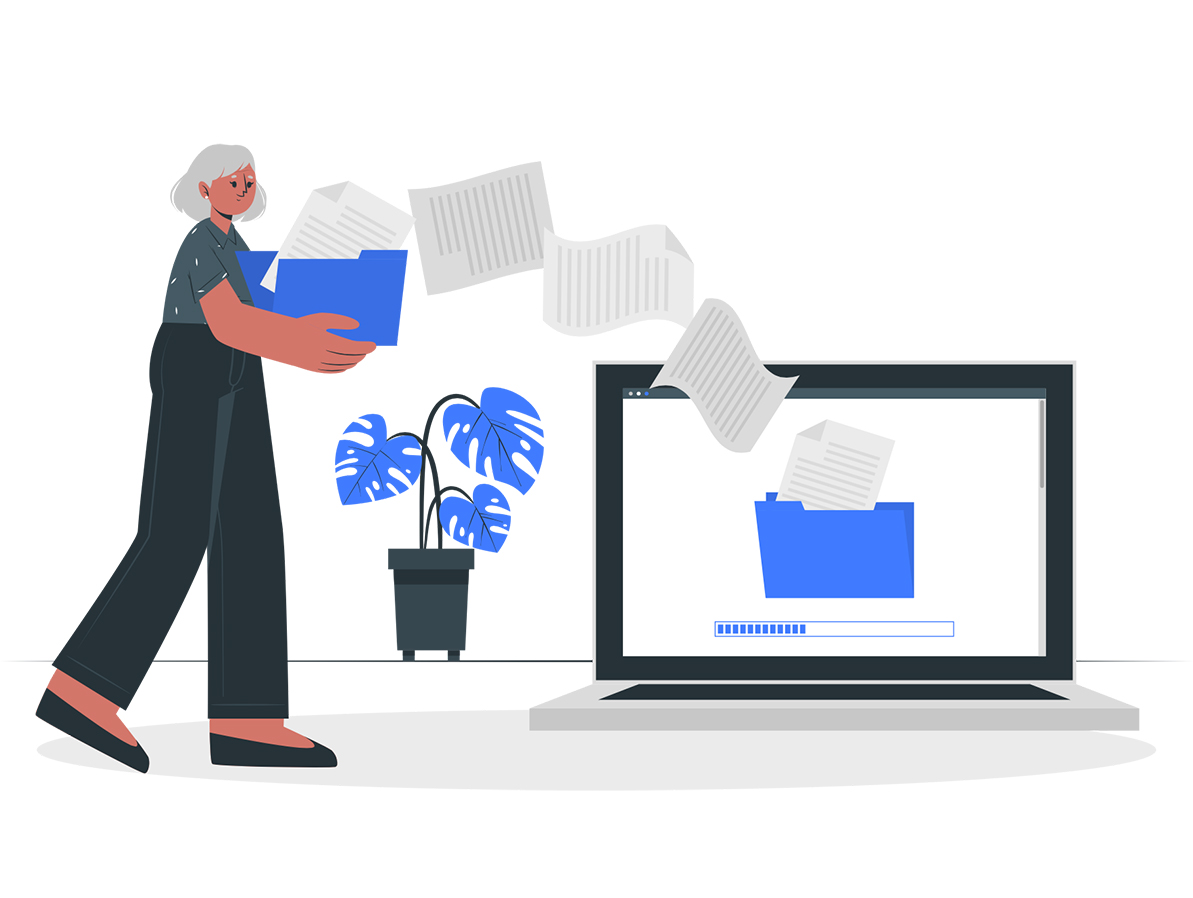 Filipinos have a strong work ethic. It’s woven into their culture. They don’t want to disappoint. They’ll do anything to make you happy. This translates into hard work and persistence.

This means that when you train them the right way, they won’t give up on projects when things get tough. And they’ll always give their 100%. It’s in their nature to give a task their all. They’re dedicated and committed.

I have an OFS who started with very few skills. What he did have was a good work ethic. He had a willingness to learn new things and get better every day. He communicated well with me and was responsive to my emails. He soaked in all the training I gave him like a sponge, and he began to make tremendous strides. He even started doing things without being asked. Today, I can count on him to think outside of the box. He’s innovative and comes up with creative ideas. You don’t get these kinds of results without hard work. 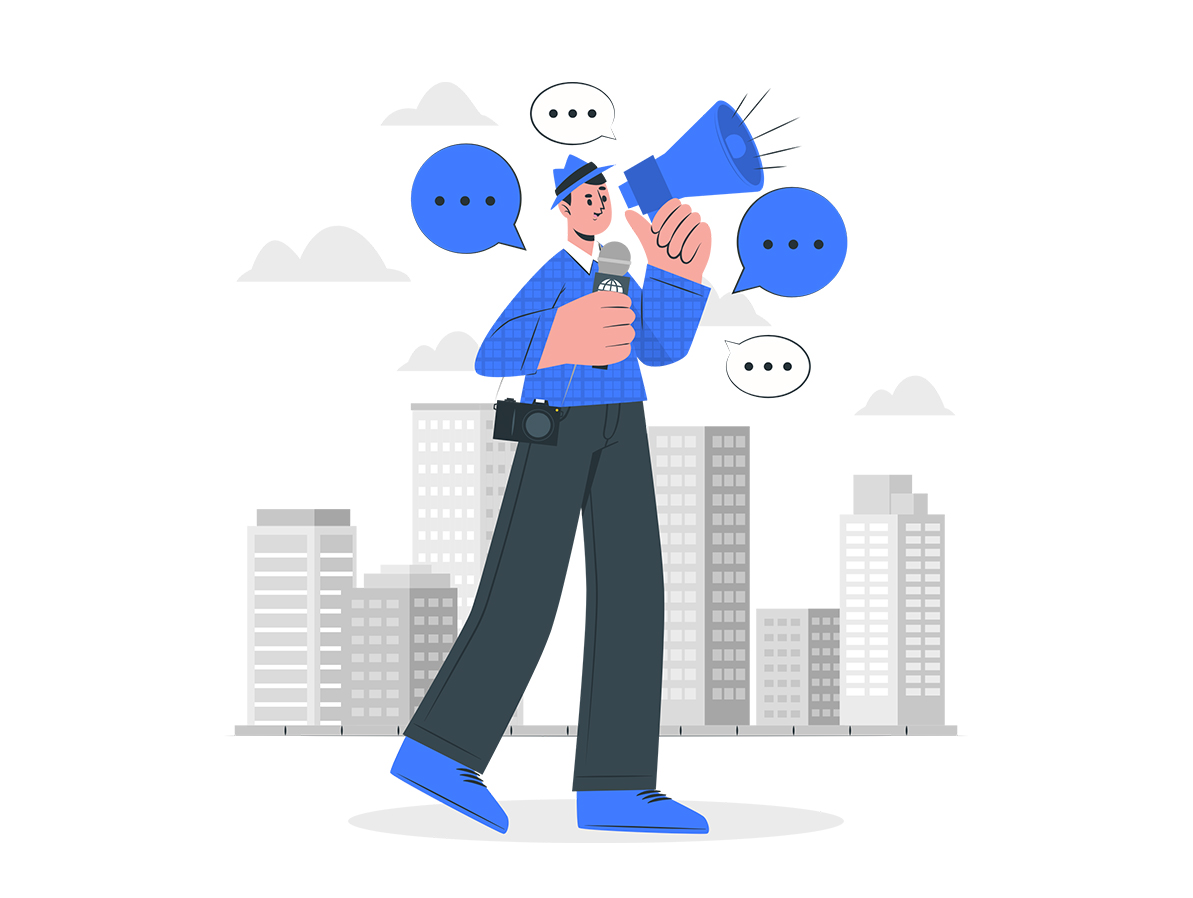 The Philippines is filled with talented, qualified workers who speak excellent English. Many Filipinos you’ll work with speak, understand and write in English just as well as a native speaker. Even better, they speak American English, making communication even easier.

English is one of the official languages of the Philippines. It’s taught in schools. It’s used by the government and the media. Filipinos grow up watching American TV shows. So the English language isn’t foreign to them.

English is spoken less outside of larger cities. If you hire from the provinces, you’ll find some of them aren’t as proficient. But this isn’t going to be a problem if you’re hiring for technical positions like programming or accounting. But if you’re hiring for copywriting or social media, it’s crucial for your OFS to speak and write well in English. You’ll have a good grasp of their English skill through email exchanges in the recruiting process.

And even if your OFS’s English isn’t perfect, don’t worry—you’ll never have a hard time communicating with them. 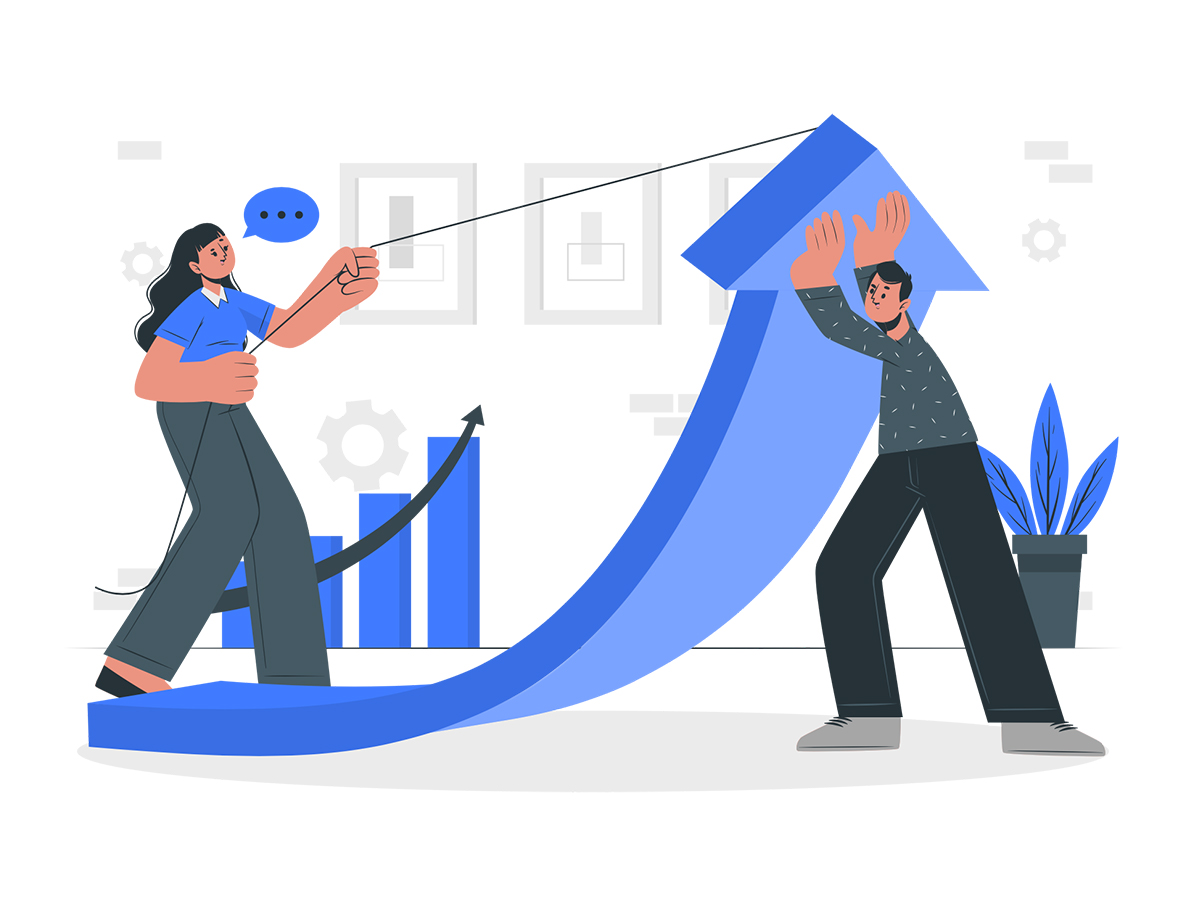 Filipinos are good at solving problems

Anytime you give an assignment to your Online Filipino Specialist, it’s important to lay out what you expect and the steps they should follow. As long as you do this clearly, you can count on your worker to get things done right.

Sometimes when starting your OFS on a project, you’ll leave out some key details. Maybe you did this because you’re in a hurry, or you forgot or you’re just not sure how to explain what you want.

Great thing about your OFSs is that they’re really good at figuring things out on their own. They have the ability to piece things together—to read between the lines. Filipinos will recognize when something doesn’t make sense. Then they’ll take it upon themselves to get to the bottom of the issue.

A few years back, I had an OFS that I asked to set up an account for someone on one of our sites. I provided some contact information. But I forgot to include email addresses. After receiving the assignment, the OFS noticed this omission and emailed me, asking for the missing information. A few minutes later, this person took the initiative to track down the missing email addresses. He emailed me again to let me know what he had done. I was thrilled that he had the presence of mind to take care of this issue himself without expecting me to do it for him.

A lot of the Filipinos you find on onlinejobs.ph have bachelor degrees. And I don’t mean degrees they bought online or got from a diploma mill. Their degrees come from reputable, accredited colleges.

Sure, you’ll have to do some training with a new OFS. But it is mostly because they are unfamiliar with your business and just need some help getting started, just as any of us would in a new environment with new responsibilities.

Filipinos look up to foreigners

In a lot of places around the world, people don’t always have a favorable opinion of Americans. For obvious reasons, this would complicate a working relationship. But here’s the good news: Filipinos don’t share this feeling.

In the Philippines, people think highly of Americans, and other foreigners, for that matter. Getting a job working for an American business owner is a big deal to Filipinos. Your OFS will brag to their friends about working for you. They’ll speak well of you and appreciate the opportunity being a part of your business.

Most Filipinos have computers and reliable Internet connection

The over 1 million OFS profiles you’ll find on onlinejobs.ph, and those who will work for you, have their own computers and have Internet access. This allows your OFS to work from home, giving you the peace of mind that the two of you will have a reliable way to communicate on a daily basis. Plus, you have the assurance that your OFS has the equipment and tools they need to complete assignments and be successful.

Filipinos are not entrepreneurial

For you, this is a positive. Culturally, most Filipinos don’t embrace entrepreneurism. To them, it’s a risky prospect. They rather have a stable, long-term, steady job and earn a living to support their lifestyle and their family. If they have that, they are perfectly happy.

Knowing this, you don’t have to worry about them copying your ideas and starting their own business. They just want work. They want to help your business grow so they can also reap the benefits.

Filipinos go above and beyond

They want you to be happy with their work so that they can keep their job. So many times, I have had an OFS go the extra mile on a project and pleasantly surprise me. I have had VAs take a project in a different direction and do it better than I could have imagined. This is the type of ownership and diligence you’ll see from Filipinos.

Ultimately, working with loyal Filipinos lets you change your lifestyle. It allows what lets me enjoy a 17-hour work week. This gives you the freedom to focus on more important things and to spend time doing what you truly want to do.

John Jonas is a long-time outsourcing expert and the creator of OnlineJobs.ph.

Since 2005, John has taught hundreds of thousands of entrepreneurs how to profitably delegate to VAs in the Philippines (and get their lives back in the process).

With help from his own VAs based in the Philippines, John has created an outsourcing empire that allows him to work 17 hours/week and to spend most of his time with his wife and 5 kids.