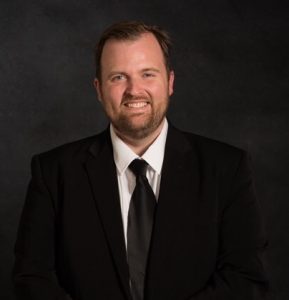 What’s the worst thing that could happen to anyone, especially someone who’s running a business? Getting too tired, sick and up end in the hospital due to stress and fatigue. This is exactly what happened to Warren.

When Warren was at the peak of his business, The Utah Film Festival, and at the worst point of his health, he already knew that he couldn’t do it all alone. He tried hiring friends and other people, but their unreliability just made the situation more. He couldn’t take a break until he found some good, reliable and consistent help. Good thing, he remembered John and Onlinejobs.ph.

This is an extra special case because Warren used to work for John a few years back, and he remembered stories of all the extra time he had because of his amazing team in the Philippines. And that’s when he finally recovered from all his problems.

Read his full story below:

Eight years ago I started an award show for local filmmakers in Utah. Over the years I added a film festival, industry training and film reviews to the award show. It got so popular that I started several more events around the country. As we grew we went from 15 filmmakers our first year to 9,000 filmmakers submitting last year.

Foolishly I was watching every movie with the help of friends and family. But when you are not paying anyone to sit and watch films all day…they are not very motivated to watch more than a few films.

I knew I had to hire regular movie watchers that could be trained to write reviews and score each film appropriately. I started by hiring local people I knew but even with money attached they were not very reliable and just were not getting the work done.

I got so overworked that I became sick and hospitalized. I was forced to take time off from work otherwise my body would shut down from exhaustion.

Then I remembered OnlineJobs.ph from working with John a few years back.

I signed up for a membership, posted the job and had several respondents right away. Each respondent was given a writing task so I could asses their skills. The majority of the respondents could write very well and I ended up hiring 3 full timers.

I hired 3 in April and am looking to hire more as the company keeps growing.

My heath rebounded. I was able to start spending time with my friends and family. I was also able to work on growing the business instead of “keeping up” with it.

I wish I would have done this much earlier!

My quality of life became better. I can oversee the business instead of running every little piece all day long.

One of my employees knew I was interested in starting a festival in the Philippines as well. She took it on herself to contact the local Film Development liaison to meet with me via Skype to get things started. It went so well I sent her an extra weeks pay as a thank you. Now it looks like we will be doing a festival in Manila as well the end of February and I will be hiring more locals to help that happen every year as well.

The quality and consistency I receive from my employees makes me very happy with my decision to use OnlineJobs.ph and I will use the service again as we continue to grow! This was the best decision I could have made for my business and my personal life.

Work shouldn’t get in the way of life, nor should it cause you so much stress that it makes life unbearable. If you need a reliable team behind your business without breaking the bank, it’s possible. You can also experience the same relief Warren discovered when he found his team on Onlinejobs.ph.

If you liked this you’ll probably also like reading
– Growing from 15 to 200 staff members: a case study in Philippines Outsourcing
– You ARE Making a Difference in theWorld
– From Self-Employed to Stable Business Owner
– More Case Studies and Success Stories